by shwetaPosted onMay 29, 2012
Since it launched in 1998, Google has become one of the true giants of the Internet. These days, Google has data centers all around the world and hundreds of thousands of servers. The sheer size of Google today makes it very interesting to look back at its humble beginnings as a small research project called Backrub at Stanford University.
Back in early 1998, the entire search engine and website ran on this setup:
The original Google platform
The original Google platform (Backrub) at Stanford University was written in Java and Python and ran on the following hardware (shown in the pic above): 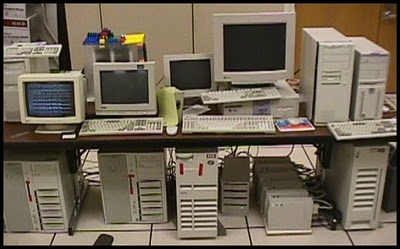 The Backrub website, and the first try at a Google logo
The Backrub website in 1997  showed the following description of what Backrub was. (Ironically they were having network issues at the specific time of the screen capture we found, see emphasis below.)
And here is what must be one of the very first tries at a Google logo, from back in 1997, a year before the actual Google website went live: 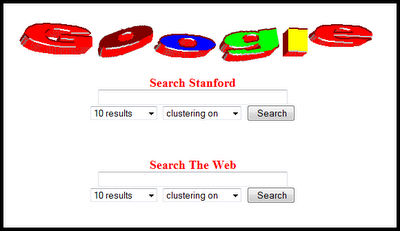 View all posts by shweta

3 Replies to “Before Google became Google: The original setup”