by vivekPosted onMarch 17, 2012
C++ is a upgrade version of C, with a few major additions. One major addition is the object-oriented approach . As the name object-oriented programming suggests, this approach deals with objects. Of course, these are not real-life objects themselves. Instead, these objects are the essential definitions of real world objects. Classes are collections of data related to a single object type. Classes not only include information regarding the real world object, but also functions to access the data, and classes possess the ability to inherit from other classes.

If a class is a house, then the functions will be the doors and the variables will be the items inside the house. The functions usually will be the only way to modify the variables in this structure, and they are usually the only way even to access the variables in this structure. This might seem silly at first, but the idea to make programs more modular – the principle itself is called “encapsulation”. The key idea is that the outside world doesn’t need to know exactly what data is stored inside the class–it just needs to know which functions it can use to access that data. This allows the implementation to change more easily because nobody should have to rely on it except the class itself. 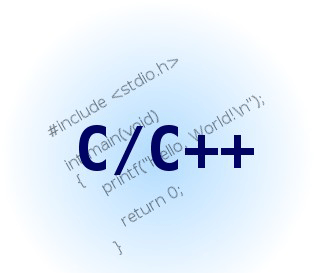 A class is a definition of an object. It’s a type just like int. A class resembles a struct with just one difference : all struct members are public by default. All classes members are private.

Remember : A class is a type, and an object of this class is just a variable.

Before we can use an object, it must be created. The simplest definition of a class is

Classes are generally declared using the keyword class, with the following format:

Where class_name is a valid identifier for the class, object_names is an optional list of names for objects of this class. The body of the declaration can contain members, that can be either data or function declarations, and optionally access specifiers.

By default, all members of a class declared with the class keyword have private access for all its members. Therefore, any member that is declared before one other class specifier automatically has private access. For example:

Declares a class (i.e., a type) called CRectangle and an object (i.e., a variable) of this class called rect. This class contains four members: two data members of type int (member x and member y) with private access (because private is the default access level) and two member functions with public access: set_values() and area(), of which for now we have only included their declaration, not their definition.

Notice the difference between the class name and the object name: In the previous example, CRectangle was the class name (i.e., the type), whereas rect was an object of type CRectangle. It is the same relationship int and a have in the following declaration:

where int is the type name (the class) and a is the variable name (the object).

After the previous declarations of CRectangle and rect, we can refer within the body of the program to any of the public members of the object rect as if they were normal functions or normal variables, just by putting the object’s name followed by a dot (.) and then the name of the member. All very similar to what we did with plain data structures before. For example:

The only members of rect that we cannot access from the body of our program outside the class are x and y, since they have private access and they can only be referred from within other members of that same class.

Here is the complete example of class CRectangle:

The most important new thing in this code is the operator of scope (::, two colons) included in the definition of set_values(). It is used to define a member of a class from outside the class definition itself.

The scope operator (::) specifies the class to which the member being declared belongs, granting exactly the same scope properties as if this function definition was directly included within the class definition. For example, in the function set_values() of the previous code, we have been able to use the variables x and y, which are private members of class CRectangle, which means they are only accessible from other members of their class.

Members x and y have private access (remember that if nothing else is said, all members of a class defined with keyword class have private access). By declaring them private we deny access to them from anywhere outside the class. This makes sense, since we have already defined a member function to set values for those members within the object: the member function set_values(). Therefore, the rest of the program does not need to have direct access to them. Perhaps in a so simple example as this, it is difficult to see any utility in protecting those two variables, but in greater projects it may be very important that values cannot be modified in an unexpected way (unexpected from the point of view of the object).

One of the greater advantages of a cl
ass is that, as any other type, we can declare several objects of it. For example, following with the previous example of class CRectangle, we could have declared the object rectb in addition to the object rect:

In this concrete case, the class (type of the objects) to which we are talking about is CRectangle, of which there are two instances or objects: rect and rectb. Each one of them has its own member variables and member functions.

Notice that the call to rect.area() does not give the same result as the call to rectb.area(). This is because each object of class CRectangle has its own variables x and y, as they, in some way, have also their own function members set_value() and area() that each uses its object’s own variables to operate.

That is the basic concept of object-oriented programming: Data and functions are both members of the object. We no longer use sets of global variables that we pass from one function to another as parameters, but instead we handle objects that have their own data and functions embedded as members. Notice that we have not had to give any parameters in any of the calls to rect.area or rectb.area. Those member functions directly used the data members of their respective objects rect and rectb.